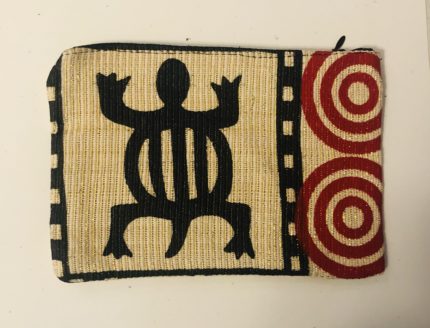 Denkyem  – Crocodile, The symbol of adaptability

Adinkrahene (Looks like a Target) – The Chief of the Adinkra symbols; meaning greatness, charisma and leadership

Sankofa is a word in the Twi language of Ghana that translates to “Go back and get it” refers to the Adinkra symbol represented by a bird with its head turned backwards while its feet face forward carrying a precious egg in its mouth.  Symbolizes that we need o learn from the past if we want to improve our future.

Dwannimmen – Symbol of humility and strength.  Signifies modesty but toughness in character

Gye Nyame – The Supremacy of God