It’s difficult to imagine The Cloth without its iconic appliquéd designs, but what is today a trademark of the Trinidad-based clothing label didn’t exist when the company was set up 23 years ago. The designs were initially silk-screened, but when the key printing person walked out, designer Robert Young decided to do something within his own capabilities. He put together colourful cotton patches and built images, some abstract, others figurative, on his clothing. It’s been 20 years since the first appliqué was stitched, and since then entertainers such as David Rudder, the late Andre Tanker, rapso artiste Ataklan and the Lydian Singers have popularised Young’s designs. The clothes have also adorned the backs of pannists from various steelbands, and even brides.

While the primary-coloured appliqués give the clothing a distinct Caribbean feel, they are much more than pretty patterns. The son of a former trade unionist, Young is very much an activist, and uses his designs rather like a placard to draw attention to issues and tell social and political stories. 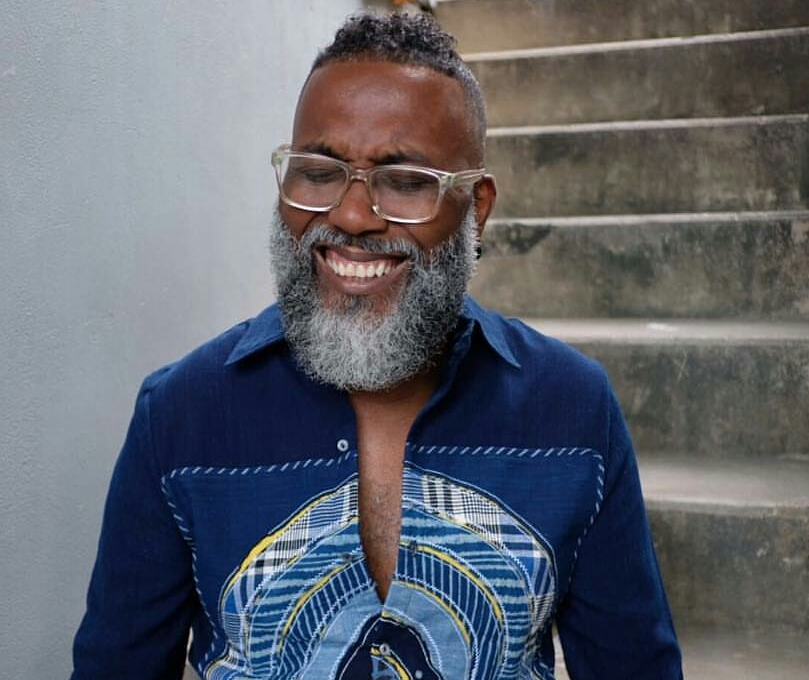